* I wrote this AGES ago, to go with The Hole, but my photos were stuck on the computer!

The slab and the retaining wall were a much simpler process. Especially since we ended up getting a bricklayer to do it for us.

Originally we had planned to lay the slab with the help of a friend, and build a pine retaining wall ourselves. But after researching it we realised a pine wall would only last about 10 years and would then probably need replacing, but a brick wall could last forever. So it was more expensive up front, but it was done right, and wouldn't rot away in the future and need redoing. Also, we were so over that area at the time, and had both gone back to work so it would have taken us multiple weekends. It took the bricklayers 2 mornings over about a week. 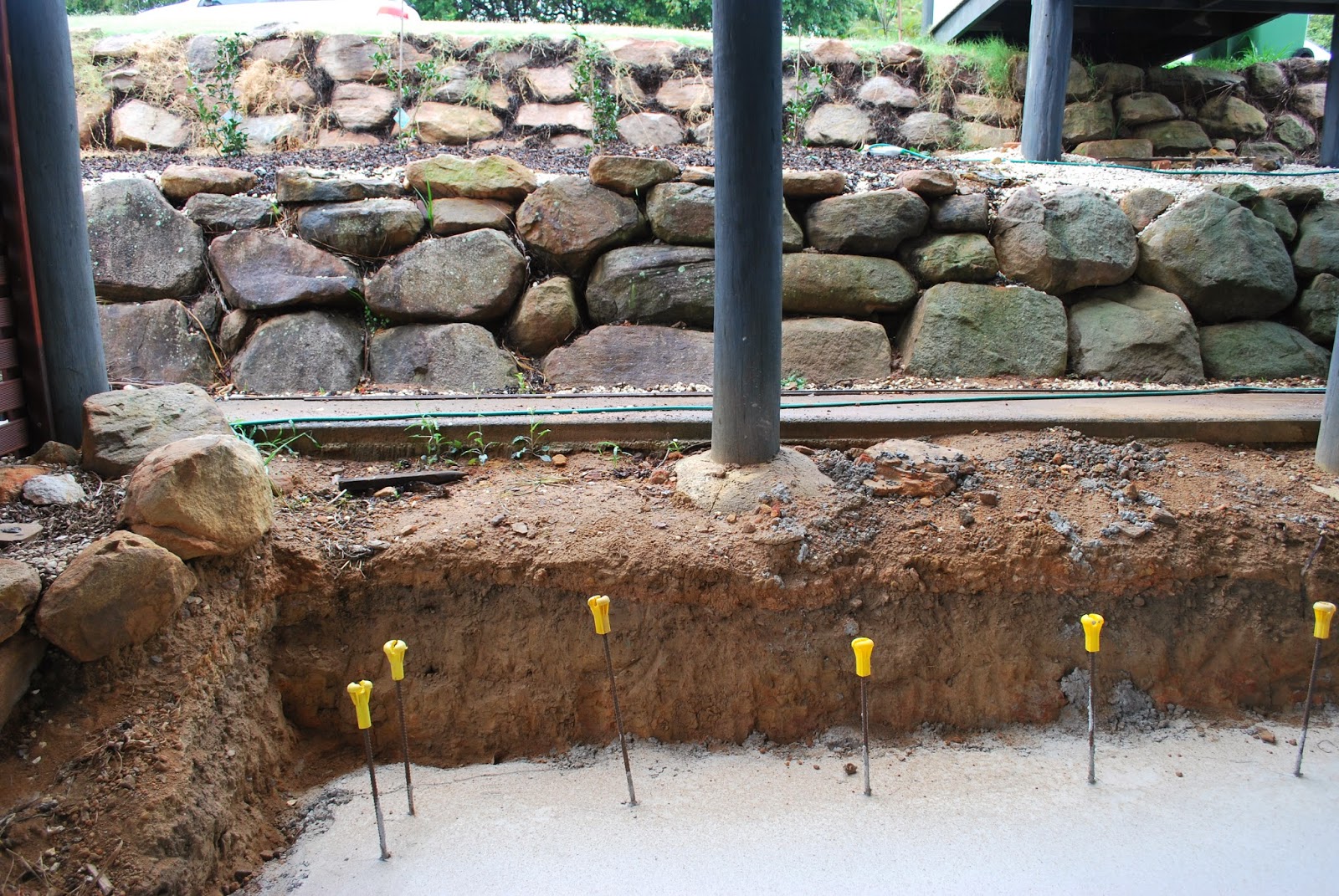 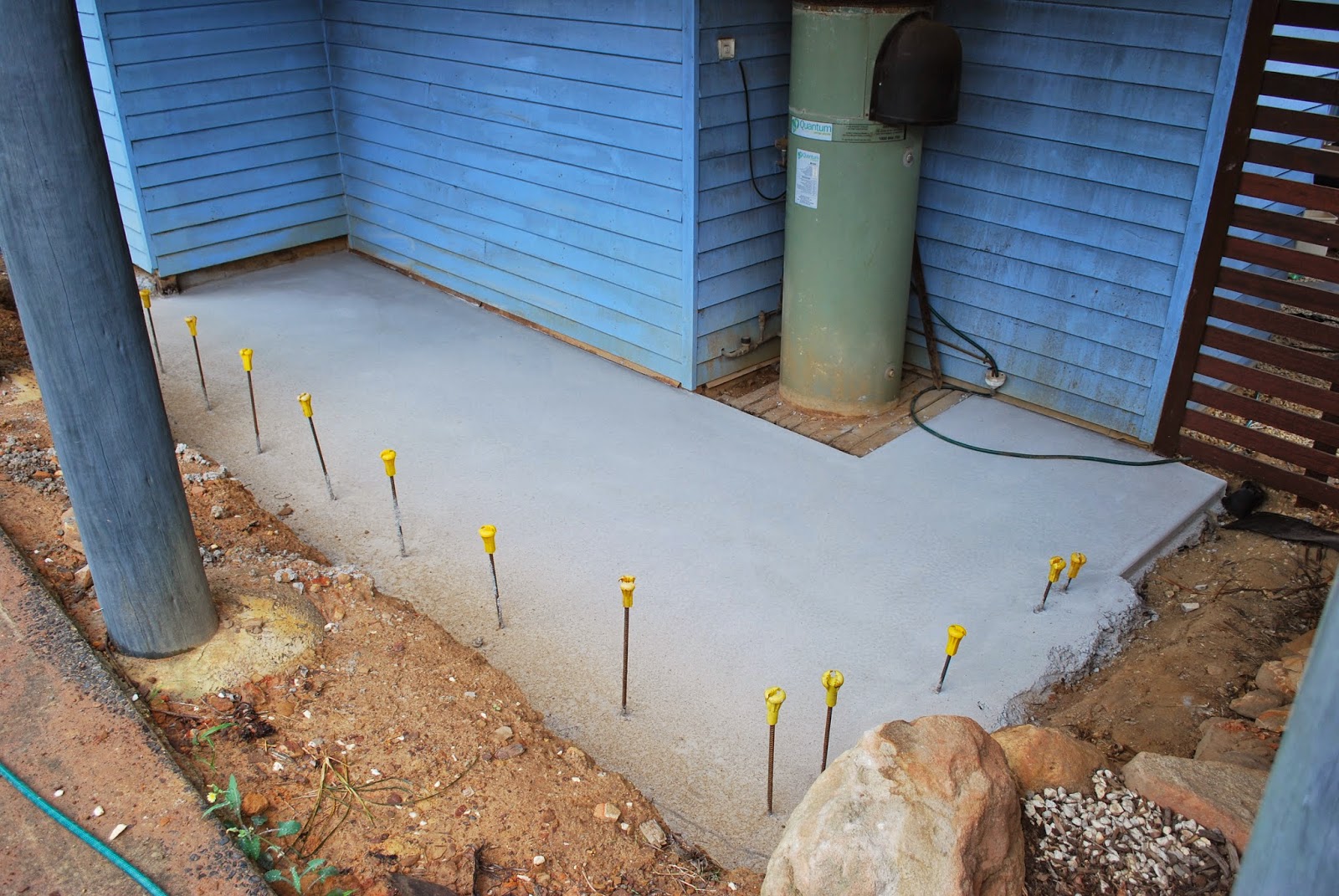 They came one day, and laid the slab, let it set for a few days and then came back and built the wall. 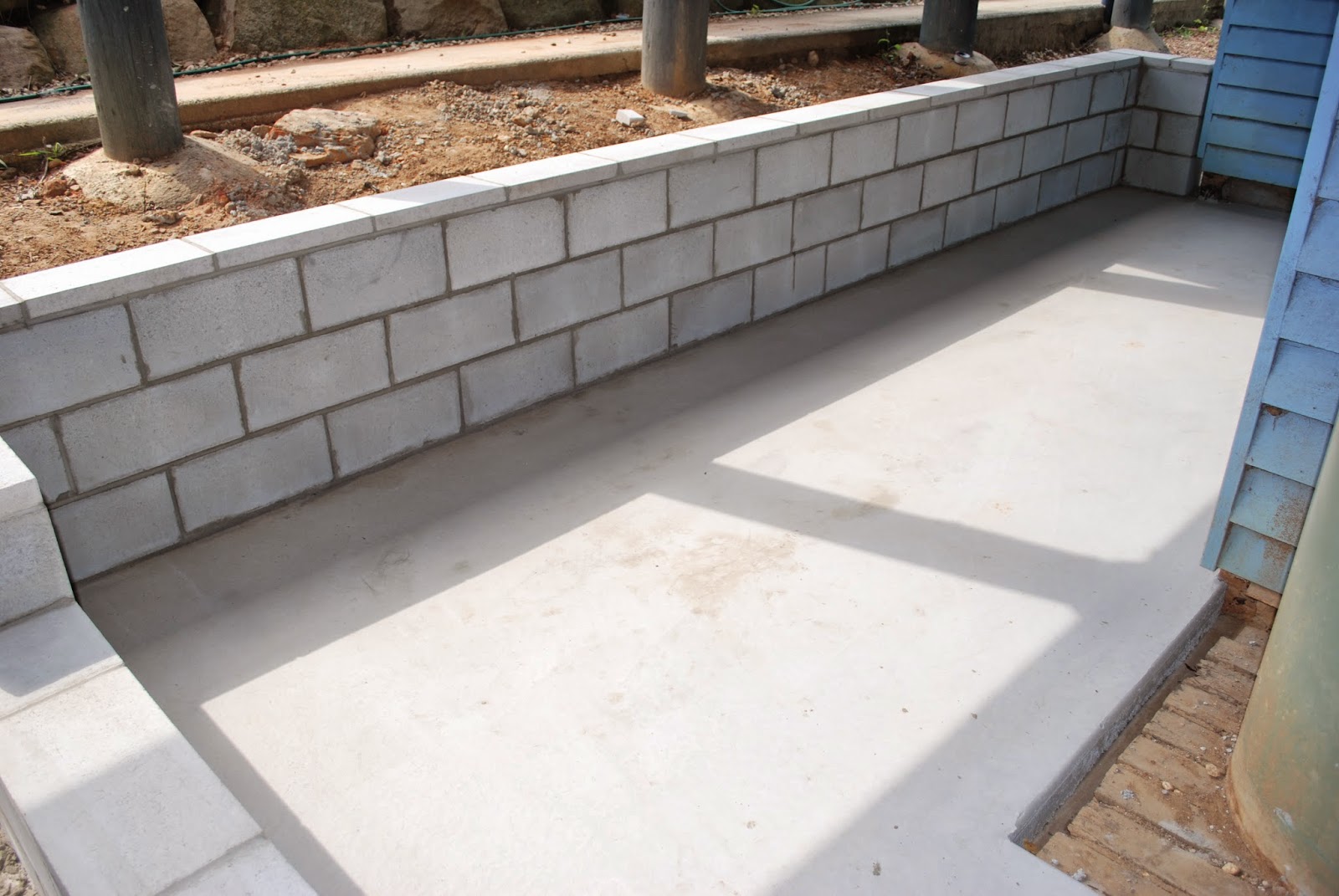 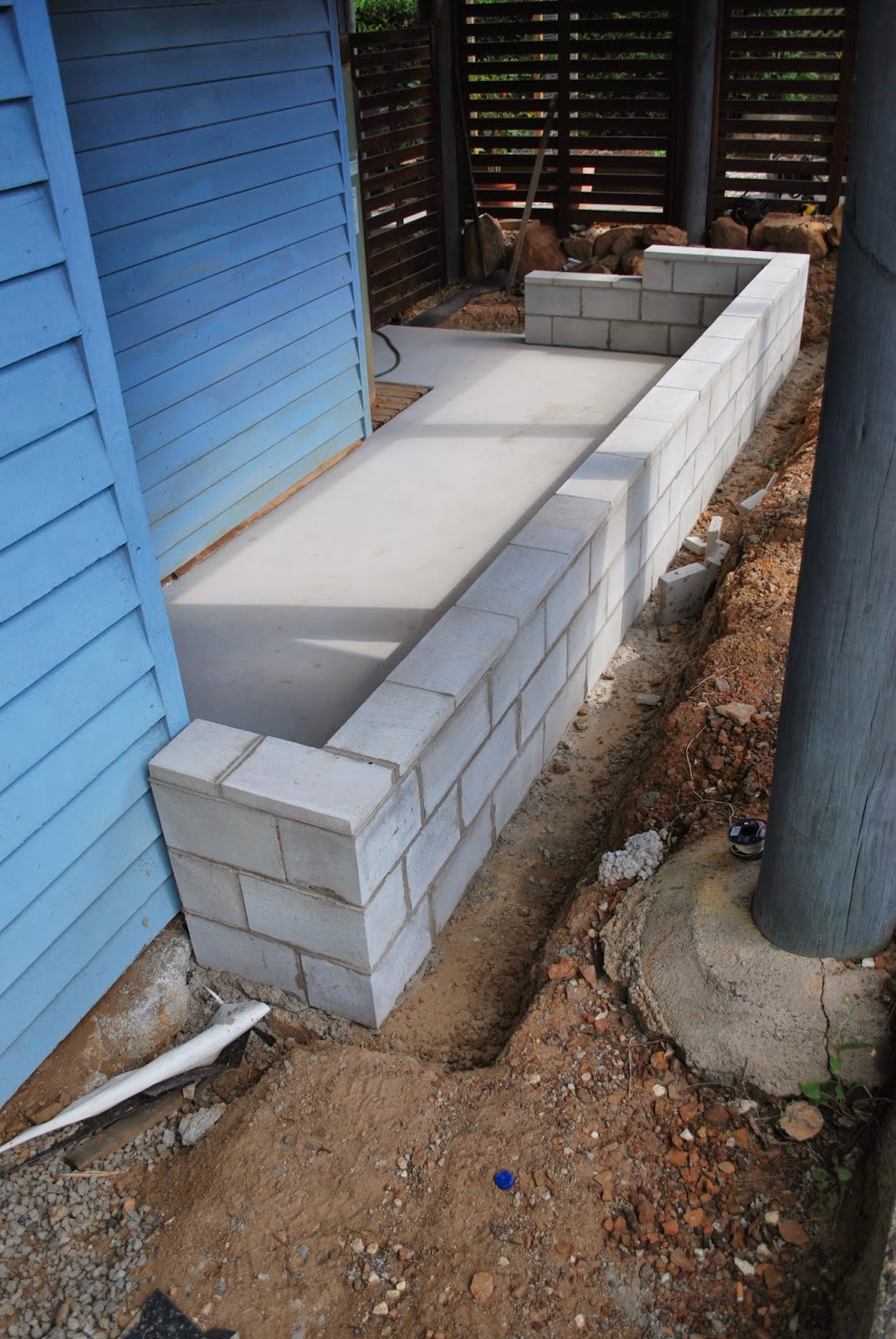 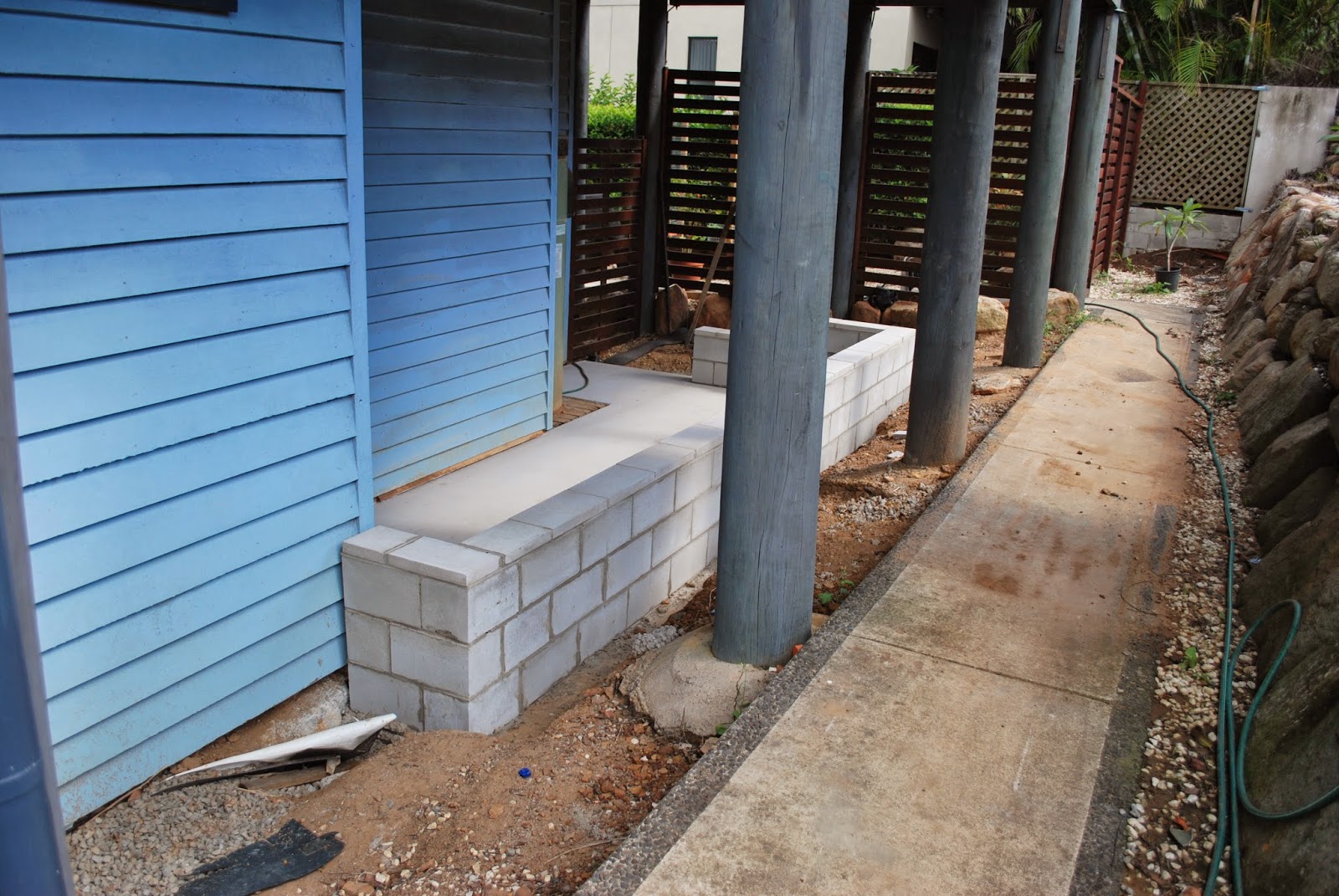 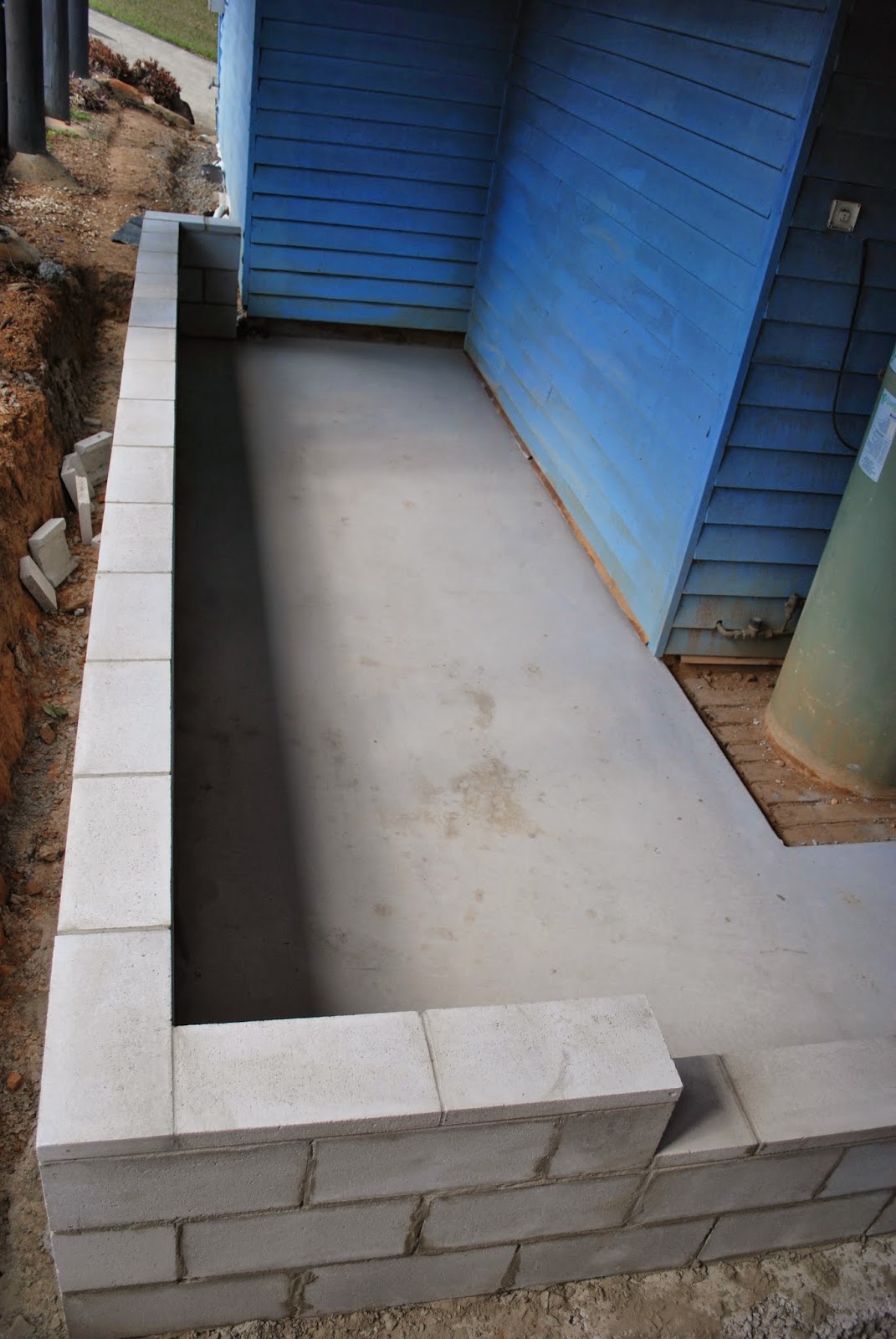 We did lay the drainage ourselves between the wall and the soil (side note-there was no drainage laid around our house slab, so when it would rain heavily, or the rain would come the right way, it would lie up against the slab and seep through into the garage. All sorted now, but what were they thinking??).

We lay some agi pipe between the soil and the wall. We made sure it had a slight fall so the water would drain away where we wanted it to go, and then covered it with drainage rock. 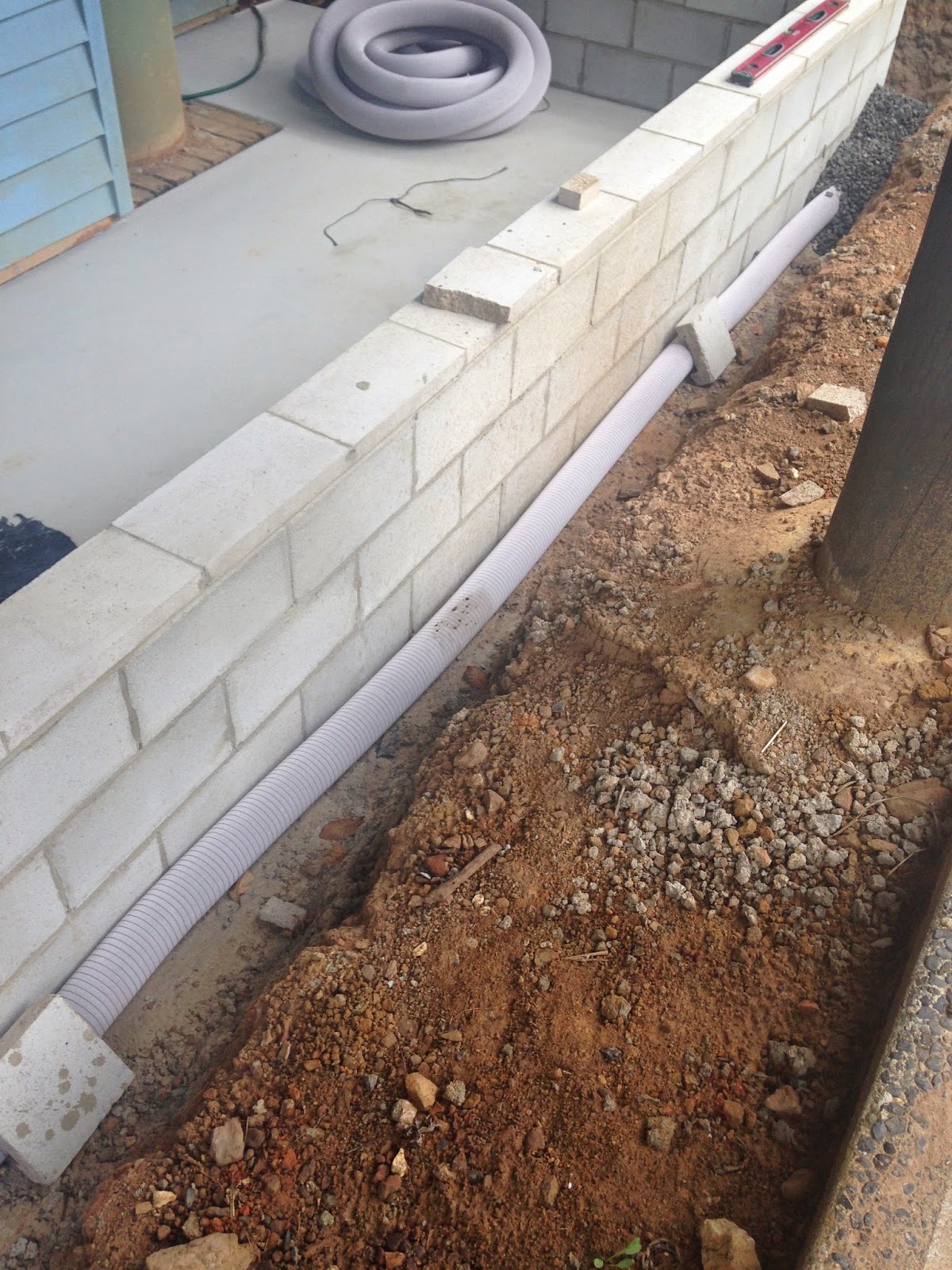 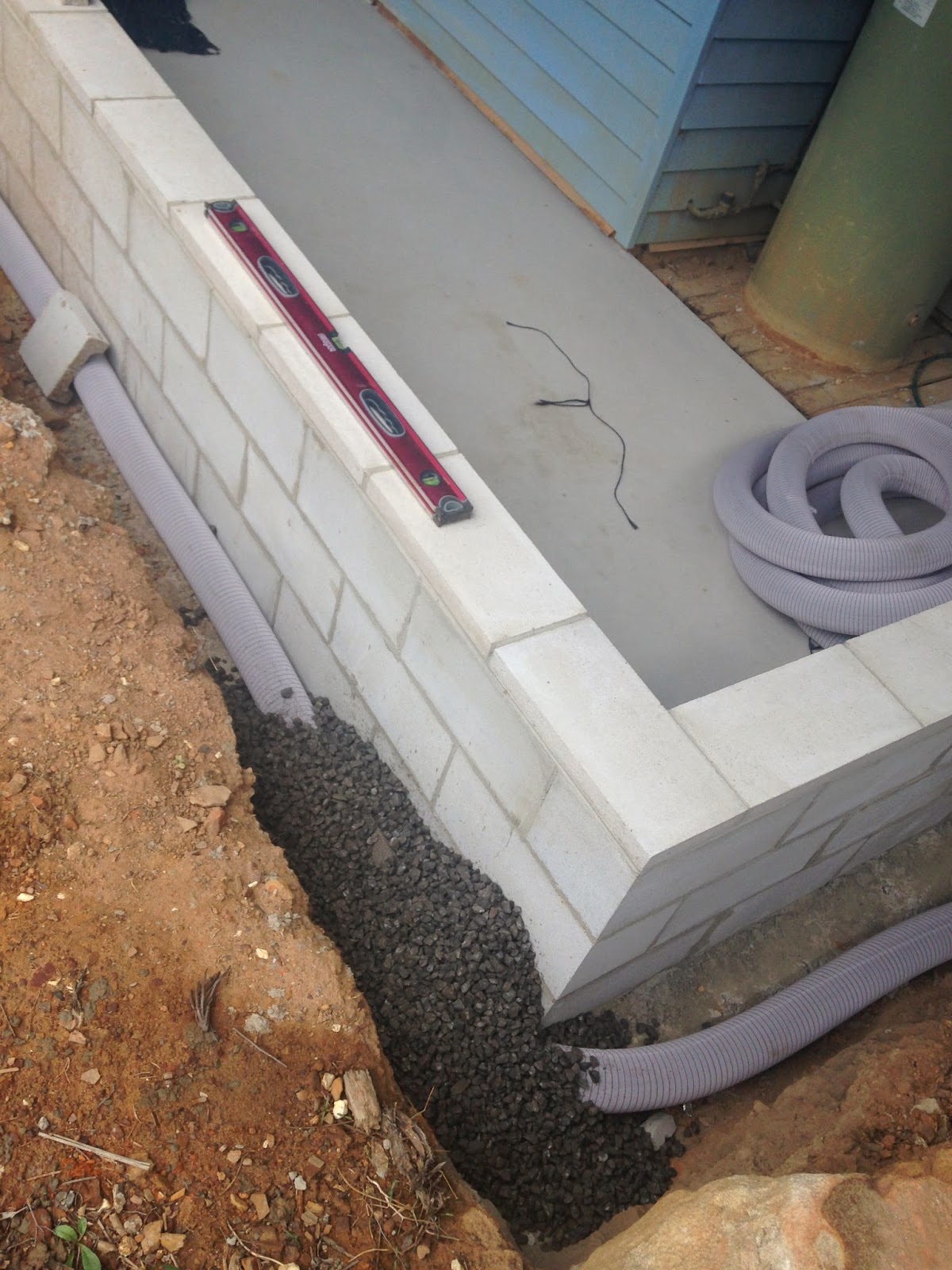 So now we are researching tanks at the moment. We are tossing up between a few-maybe 1 big tank, maybe 2 smaller ones that hold more than the 1 big one, not sure. We will put it in before next summer, but after we paint. Eventually we will put a new slab under the hot water system, but we will wait until it needs doing.

It already looks so much better, and tidier. As this is at the front of our house (but below street level-check out the first photo) we think we will plant something to hide the tanks. It will probably be in pots so we can cover up the clay and drainage, and finish the area off.

Tell me what you think-I love to hear from you!

Ness
Hi! I'm Ness! I'm a newlywed, and we are (slowly!) renovating, decorating and DIYing our Queenslander by the beach, and living life in our blue house.